Five months into my injections, I finally learned what the tweezers (ahem, "needle removers") are for.

I loaded up my injector, put it on my skin.  Then adjusted it - a little too vigorously, apparently.  All while I pressed the button.  Out came the needle - enough to jab me - but then it got stuck.  Stuck.  Yes, stuck.

And then the machine stopped, and turned itself off!

Another moment too comical to believe...

Some reality came in the mail today.

I ordered copies of my previous MRI reports to have.  Honestly, I am not sure why.  I've heard the synopses from my Neurologist many times.  I've seen the images many times.  Everything has been analyzed, shown, viewed.  But I wanted something.  Something that had the words on paper.

The official-ness of this all.

I think I wanted the reports to evoke the emotions I've been waiting for.  I think I was hoping it would feel more real.

"Multiple high foci (greater than 10) can be seen distributed throughout both the left and right cerebral hemispheres.  The largest lesion measures 8mm in length.

The morphological appearance and distribution of the high foci are consistent with primary demyelination (MS).

At the level of C4, in the posterior aspect of the spinal cord, is a 5mm lesion which extends for a distance of 8.5 mm.  The appearance is consistent with a demyelinating lesion/transverse myelitis."

But, I am feeling happy today, so am going to end this post with this: 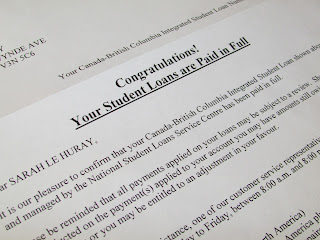